Not only Roman’s favorite…

Asparagus is an evergreen perennial. Surprisingly enough it belongs to the Liliaceae family, like lilies and may bells. The part we eat are the sprouts. Its no coincidence the word asparagus comes from latin “asparagus” which precisely means sprout.

Asparagus is an evergreen perennial. Surprisingly enough it belongs to the Liliaceae family, like lilies and may bells. The part we eat are the sprouts. Its no coincidence the word asparagus comes from latin “asparagus” which precisely means sprout.

The riveting history of the Asparagus

Asparagus is native of Mesopotamia, yet it was the Egyptians who spread it throughout the Mediterranean basin. They were very widespread in ancient Rome, especially among the upper-class. Apparently they often showed up on emperors’ tables, probably for their reputation of strong aphrodisiacs. We can find them in historical records and ancient recipes: Catone wrote about them in his “De Agricoltura”, Plinio describes their farming and preparation methods, and Apicius, the famous foodie and chef, said they were essential for making “patina”, a typical dish of the time, resembling an omelette.

When the Romans conquered Spain they brought along asparagus cultivation, which ended up finding its perfect habitat in the new land. As a matter of fact Spain is still one of the most  fruitful areas for asparagus production worldwide. Its cultivation in France began in the 15th century, it appeared in England about a century later, and, only after that, settlers eventually introduced it in North America (mainly for officinal purposes).

Today the biggest producer in Italy is Apulia, but only when it comes to green asparagus. Runner ups are Campania, Tuscany, Emilia Romagna, and Veneto, where they harvest white ones. Originally only the green part of the asparagus was harvested, and it was seemingly only in the 18th century that, starting in the Northeast of Italy (Bassano del Grappa, Badoere, Rivoli Veronese, Tavagnacco etc.), people began to harvest the parts of the vegetable that hadn’t quite surfaced yet (Hence the white color, for lack of chlorophyll).

Asparagus in the kitchen

Pellegrino Artusi, in his famous “La scienza in cucina e l’arte di mangiar bene” (“science of cooking and the art of eating well”), recommended to eat “sparagi” poached, dressed in oil and vinegar, or the sourness of lemon. To this day, it remains a great way to consume this valuable - as much for its diuretic and digestive properties as for its high price point - vegetable. Like any other crop, they should be eaten while in season (April). To recognize the best ones just keep a close eye: the dull or woody ones are trying to mislead you!

The asparagus, with its countless virtues

Asparagus works wonders from all angles! It is extremely low on calories, a great supply of minerals (mainly potassium, phosphorus and calcium), fibers, vitamins (A and C) and folic acid. Thanks to its characteristics it sports depurative, diuretic and antioxidant properties. Moreover it acts as a natural laxative. 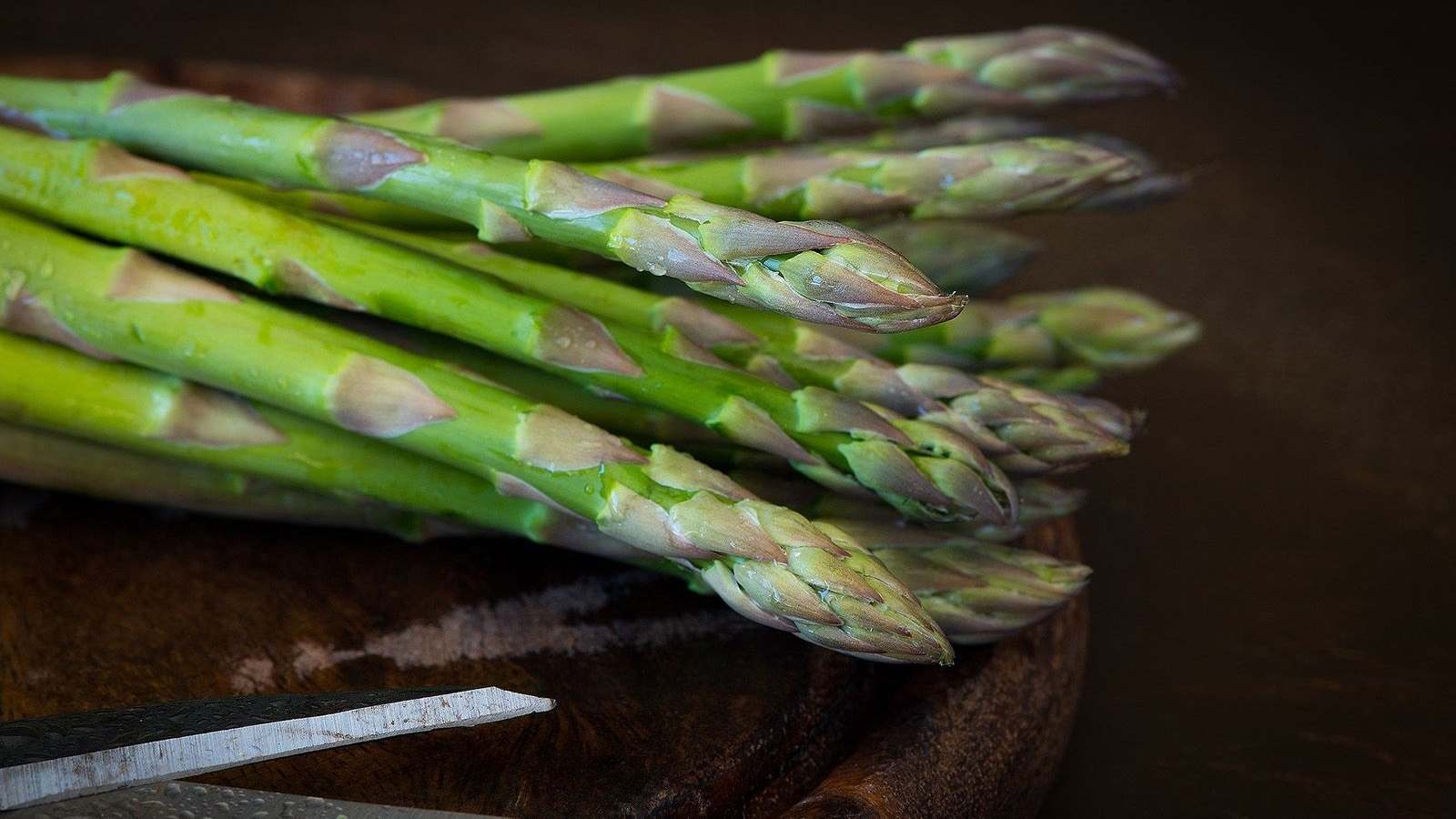