His highness the artichoke… from the Middle East to our table.

With its regal look and bitterish taste, the artichoke is one of Mediterranean’s typical perennials

With its regal look and bitterish taste, the artichoke is one of Mediterranean’s typical perennials. It belongs to the Asteraceae or Compositae family, alongside lettuce, chicory, cardoon and sunchoke. Its scientific name, Cynara scolymus, comes from the Greek “kynara”, referring to its stinging, thorny nature.

The long history of artichokes

While potatoes and tomatoes where brought back from the “new world”, artichokes actually did the opposite journey. Egyptians and Greeks already knew  a smaller, harder and prickier version of artichoke (not only as food), and considered it a “gift from the sun”. While Etruscans were the ones responsible for spreading them in Italy, Arabs discovered them in Sicily around the year 1000 and developed a new cultivar they brought to Spain. After all, the Italian name they go by today comes from the Arab words “karshuf” and “al-kharshuf”.

In 1466 the merchant Filippo Strozzi brought artichokes from Naples to Florence. Catherine de’ Medici had such a sweet tooth for this vegetable she introduced the crop to the court of France. And apparently Louis XIV was extremely fond of them too. We know from “La scienza in cucina e l’arte di mangiar bene” (“science of cooking and the art of eating well”), a famous culinary volume by Pellegrino Artusi, that artichokes started spreading among the lower classes during the first half of the 19th century. Amidst the many recipes described in the book, the most famous one must be “stuffed artichokes à la Artusi”

In today’s Italy, artichoke cultivations are mostly concentrated in the southern and central regions, especially in Apulia (the brindisino and the purple pugliese), Sicily (the catanese), Campania and Lazio (the romanesco), in Tuscany (the tuscan violet) and in Sardinia (the spinoso sardo).

The artichoke, a lead in the kitchen

Artichokes can be eaten both raw and cooked. For instance in salads, finely sliced or stewed, with pasta, stuffed and so on!

Artichoke, good for your liver and so much more…

Aside from being a treasure trove of minerals (mostly iron, phosphorus and calcium) and vitamins (A,B,C and E), artichokes have a whole lot of healing properties. Thanks to the presence of cynarine, a bitter substance contained in its leaves, inflorescences and stems, they have a positive impact on bile secretion. Their effectiveness on liver problems is widely demonstrated by science. Furthermore artichokes regulate appetite, provide very few calories, act as diuretics and lend a hand in keeping cholesterol and diabetes under control. 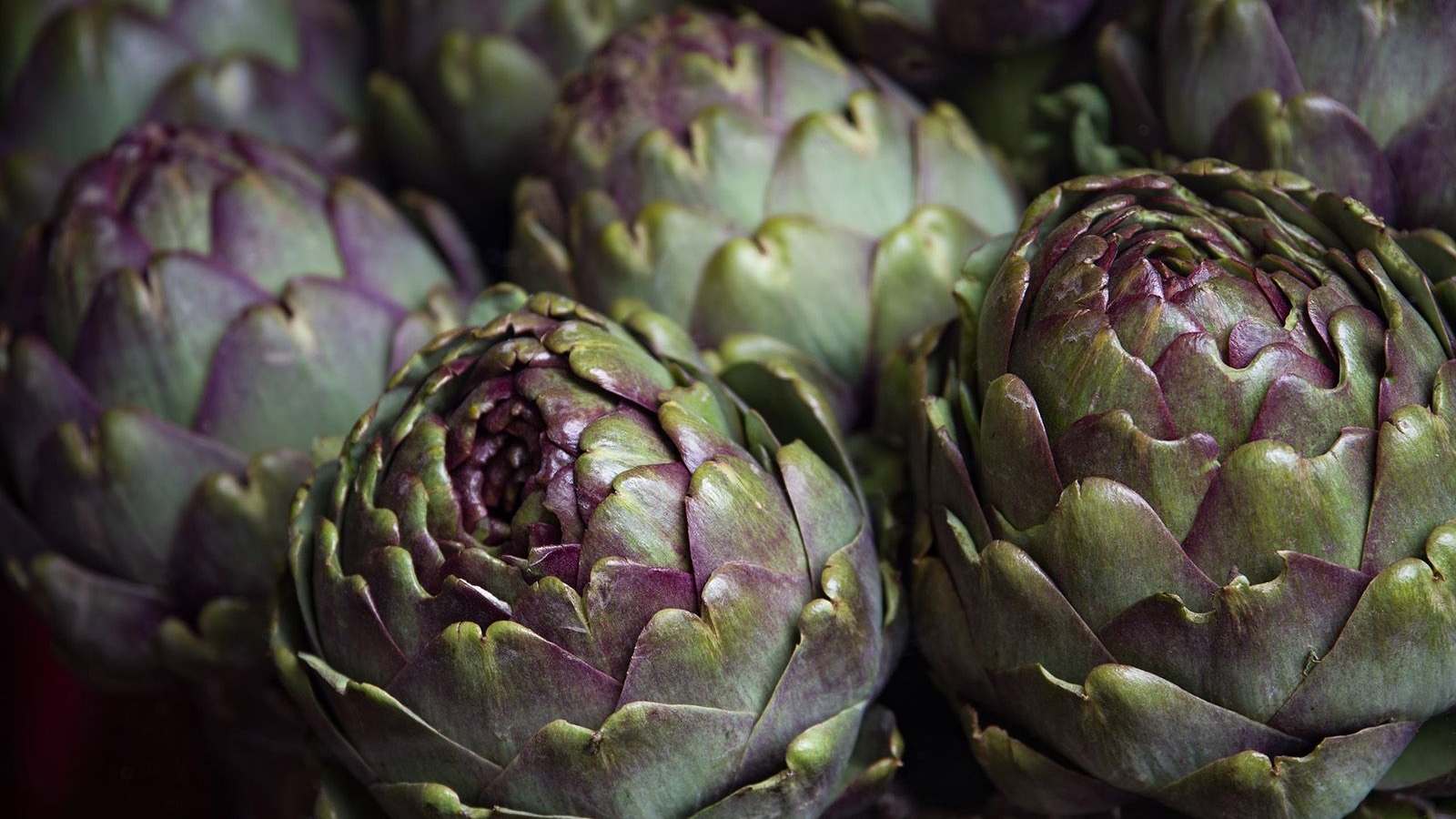 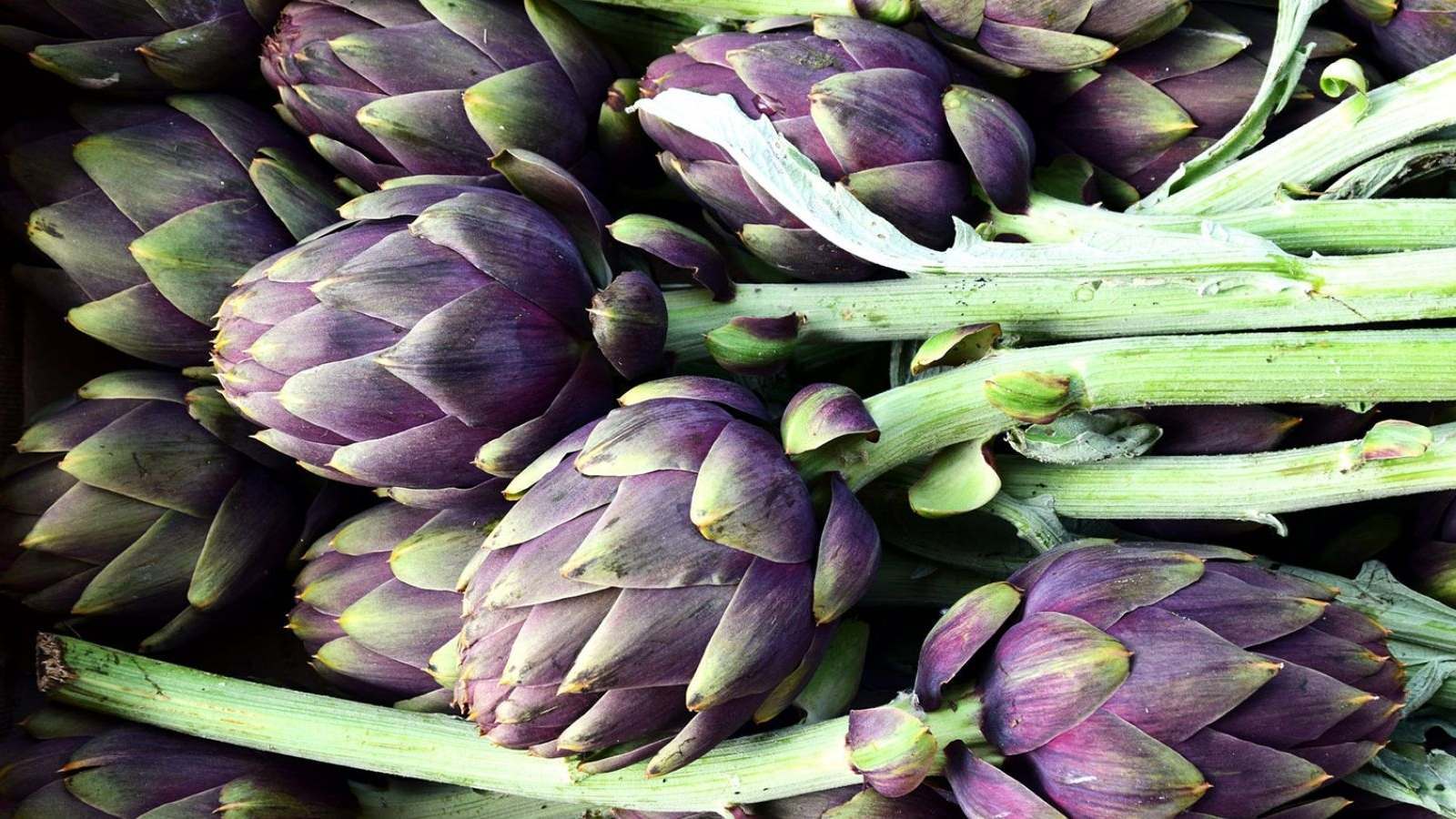 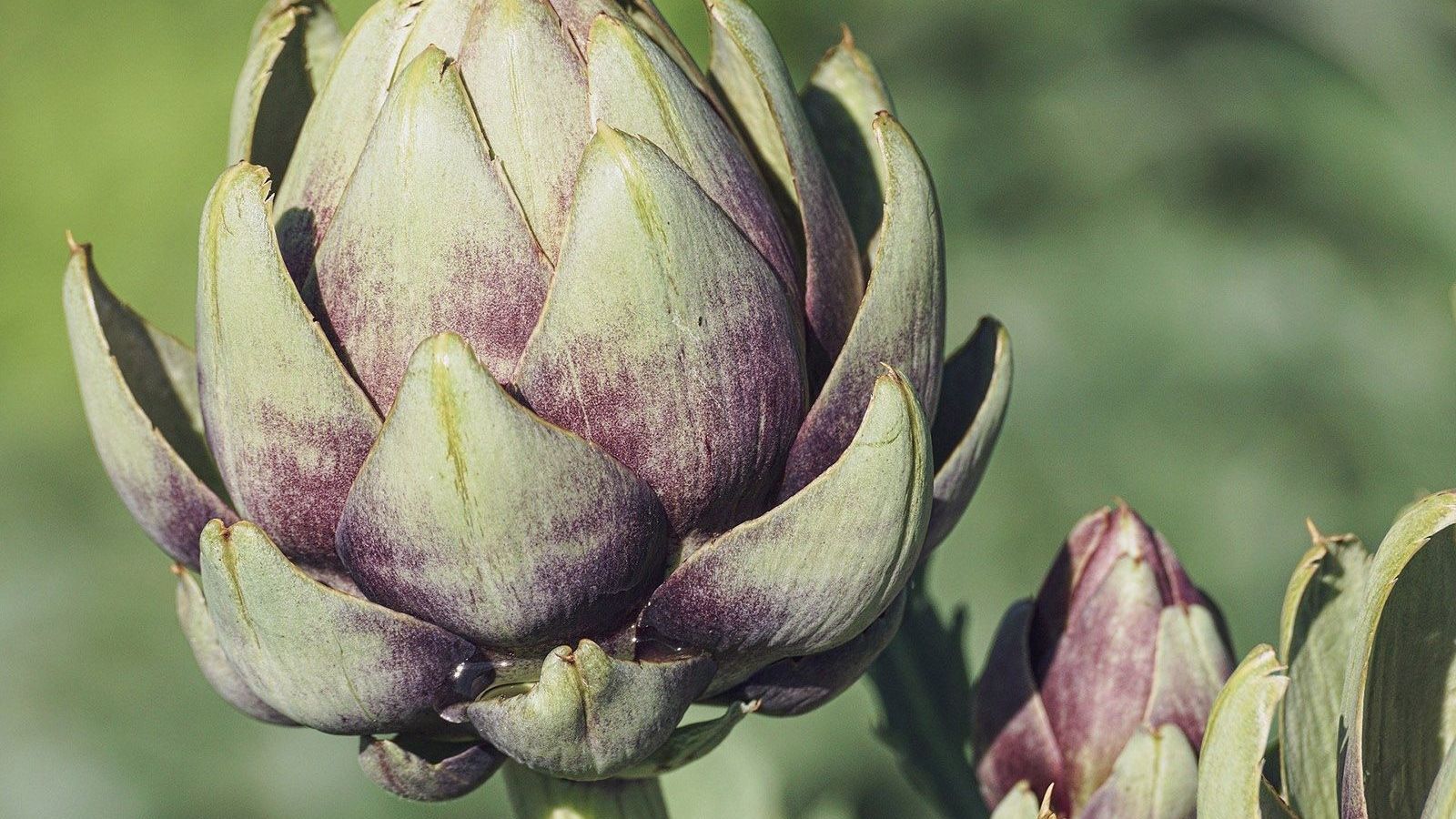