A portrait of the most colorful vegetable in the field

Though they can nowadays be found year-round, potbellied and colorful, bell peppers are a true summer treasure of our area.

It belongs to the "Solanacee" family, the same as tomatoes, aubergines and chili peppers.

Bell peppers, a bit of history

Let’s take a step back… Bell pepper is plants native of South America, which, like many other species, was imported in Europe by Christopher Columbus on his way back from his first trip to what he thought was India.  As a matter of fact, though native of Brazil, it could already be found in central America at the time.

In Italy the cultivation of bell peppers mainly takes place in southern and central regions, like Apulia, Sicily, Calabria, Campania and Lazio, alongside Veneto and Piemonte.

On the market you’ll find red, yellow and green peppers, with slight variations. Red peppers have crisp flesh and a strong flavor, yellow ones are juicier and more tender, with a sweeter taste, while the green ones are just yellow and red peppers that didn’t get a chance to ripen, as tasteful but more on the acidic side.

Bell peppers in the kitchen

Bell peppers are a very versatile vegetable. They’re well suited for a lot of recipes and  can be eaten both raw or cooked. Red peppers are great for bruschette and side dishes, yellow ones go in sweet and sour preparations or paired with white meats, while green ones easily find their place in salads. And it doesn’t end here, for they can be pickled or preserved in oil.

Bell peppers may induce allergies or intolerances to someone, mostly due to the solanine, a potentially toxic substance contained under the skin of all solanaceae, which accumulates as the peppers mature. That’s why it is important to always choose perfectly ripe and seasonal bell peppers. With its bright colors, peppers always manage to give dishes a cheerful, delicious look.

Good for your health too

More then 90% of bell pepper is made of water. They are extremely rich in minerals, especially potassium, magnesium, calcium and iron, and a great supply of vitamin C (more so than citrus, if eaten raw). Red peppers are a good source of provitamin A, B vitamins and vitamin PP. Yellow bell peppers mostly contain vitamin K, while green ones are the richest in chlorophyll. Since they are diuretic, bell peppers are very useful to fight fluid retention and are recommended to anyone who’s trying to lose weight as they are filling yet extremely low in sugars. 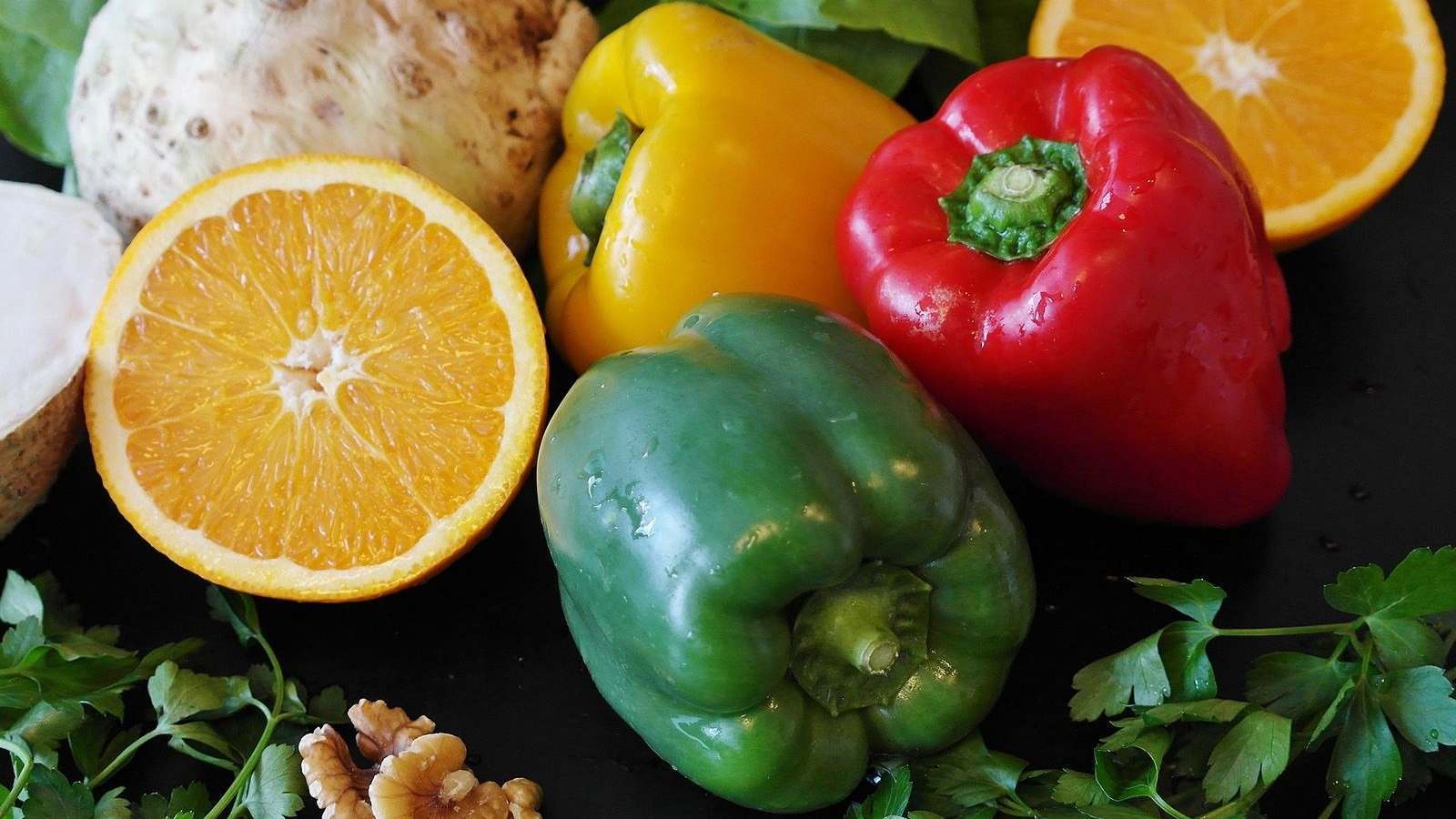